Let’s mingle with: That Guy With The Headphones

By Madeleine 8 years agoNo Comments
Home  /  Aural Explorer  /  Let’s mingle with: That Guy With The Headphones

My name is Ty Carson, my band name is That Guy With The Headphones. I’m from Pinconning, Michigan and I’m 22 years old. 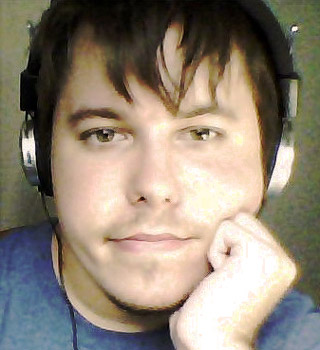 I got into music in High School. Played the trumpet in band, then converted to piano when I first found Evanescence and I started learning their songs. Then I remixed Imogen Heap’s The Song That Never Was and it catapulted into being a staple in my musical career. Then I’ve been mainly trying to finish my own songs and continue remixing. My Seether remix placed 3rd in a competition for indaba music as the 3rd most popular voted remix.

Why did you choose these particular songs to remix? How did you approach them?

Um, I chose the songs by just listening to them and thinking of things I could do it. I have always loved Madeleine’s album and by the time she told us about the Mingle project, I had been obsessed with remixing. Because it’s just easier than creating your own music. You’re not as obsessed about it, well, you are, but you get to have a little more fun with it. Because the song is already finished. I just tried out a ton of different sounds and it expanded into what the two remixes have become. ‘Euphoria’ – I obviously wanted a more happier tone because it is a happier song and I love the sound of electric piano so I layed that down – then I added a bunch of ethereal sounds from my father’s keyboard (which I can’t remember what it’s called at the moment, I can get the name for you later) and experimented and had fun with it. I also edited a lot of Madeleine’s beautiful vocals (because I love doing that in my remixes) and it turned into a kind of ethereal intro for the album. I look at it as showing up to a wonderful new place you’ve never been before, maybe it even has dinosaurs roaming around and trees towering over you, but it just reminded me of that sense of being at peace and being excited to be in this new world. Breathing Underwater had a little more involved and was obviously a darker song. I added some vocal effects to try and make it sound like she was actually breathing under ice – and again I just added what fit. There’s actually some live drums that I recorded and edited on this one from my brother’s drum set.

What are your plans for the future?

I definitely plan on continuing music – but it’s going to have to be a side project while I’m going to school for Graphic Design. It takes a lot of time and effort so I like to have a back up plan and Graphic Design is my back up plan.