I’m T.J. I go by Primal Shock. I’ve been remixing for several years now. I’m a producer who constantly likes to push the boundaries of imagination. 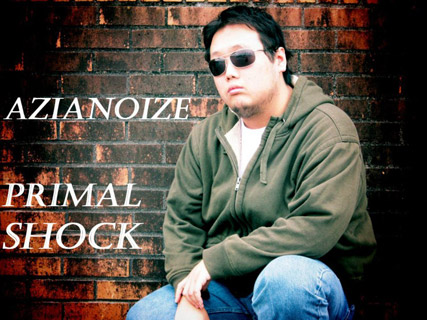 The big “IT” moment for me was while I was listening to a Frou Frou song. At that moment I thought I want to be able to do what they are doing. So I went and researched music production, downloaded a demo version of FL Studio and ever since then it’s been a slow but rewarding process. I have entered several remix contests. My first remix contest I was placed 28th out of over 600 contestants! I have done several official remixes for Daryll Escobar as well.

Because it was creepy. I wanted to keep it in it’s original style, instead of making a crazy electronic track. I wanted to keep and enhance the eerie elements that were already in the track while adding a bit of creepiness of my own. One element I added was the glass smashing throughout the song and the Organ playing towards the end!

Is there any advice for new and upcoming producers/artists?

Never give up on your dream. Some days you will feel like you will never make it. But you can’t give up. You can’t let people’s words prevent you from being the next big thing.