English born, Berlin based House Producer and DJ.
Curater and Resident DJ of the weekly Wednesday Radio Show JACK THE BOX on www.sweatlodgeradio.com since May 2010

Currently working Berlin based events and House music with Chicago Legend, Tyree Cooper under the project name `JACK THE BOX´ and has club dj residencies at `E.Man.Ci.Pate´ @ Tresor, Berlin and `Lunar Phase´ @ Kater Holzig while starting up his own STARRRecordings record label. 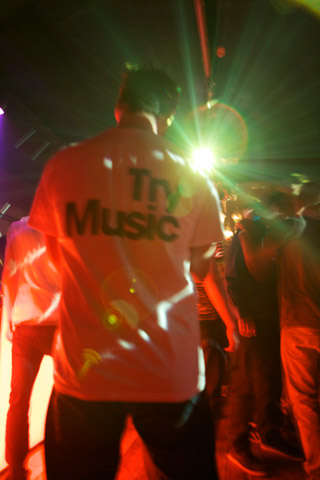 Hearing my Mother´s Beatles and Motown collections, while mixing it up in my own head with my Father´s love of Big BandJazz, that started my crush on collecting vinyl. At 16 years old, I starting working at the local independent music shop Mike Lloyd Music in my home town of Wolverhampton, which caused my craze for vinyl to flourish, I started collecting strange but lovable records from diverse style such as late 60´s / early 70´s Deep Spiritual Jazz, Classic Hip-Hop, right through to Detroit Techno Soul and the emerging UK Bleep Sound, in which slowly brought me to where I am today, in love with House music. At 17 years old starting co-promoting with a good friend, an `off-the-wall` and `freestyle djing` event called `Meltdown` which brought us special guests, the likes of Andrea Parker, Autechre, dj E.A.S.E. from Nightmares On Wax, Jamie Hodge aka Born Under A Rhyming Planet (+8 Records), Joe Babylon (Roundabout Sounds), Luke Vibert, Mike Paradinas aka U-Ziq, Mira Calex and Peshay to name just a few. Moved in ´99 to Vienna, Austria to focus on becoming an artist in my own right via my lovable Akai MPC 2000 and via this machine brought me to the connections I had hoped for, working with the city’s best DJs and Producers from the label stables of Cheap Records and Grow! Records. Jumped ship in 2006 to Europe´s party mecca Berlin where since then I’ve been totally focused on making music with a big influence from the Windy City, Chicago.

I quickly chose `A Little´ because the name straight away clicked, due to one of my all-time fav´s being called `Get A Little´ by Disco Legend, Patrick Cowley and then I heard the vocals and knew I was feeling the same way about life since I was going through changes myself and `A Little` simply brought out my moodyness. When I heard the separate parts I knew I had an idea forming with Frozen Hand Claps and Lee Scratch Perry style delay washes… I wanted to keep the track as similar to the original vibe Madeleine Bloom had already created so I actually used most of the parts as respect and then just locked myself mentally away till I had created a sort of Bobby Starrr atmosphere around the parts and then just re-edited the track like a dj tool till I got the emotional kicks I wanted.

Is Your Music A Product Of Your Environment?