A few years ago I would have been able to be pretty concise with this – I would’ve said I’m a writer and actor. These days, as the search for Self continues, I’m less certain. I swim competitively year-round with a U.S. Masters swim team in Los Angeles… and I’m not really happy unless I’m making or working toward something creative. 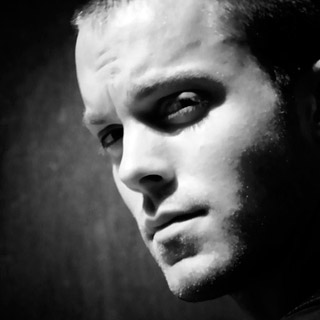 When I was a kid, my Dad gave me a tiny little boombox with a cassette tape of Phil Collins’ No Jacket Required. Ever since, I’ve had a slight obsession with music and the people who make it. I taught myself piano and guitar, formed a band in high school, and recorded a 3-song EP that never saw the light of day. After college, I put music on the backburner and focused on my acting career. Now, however, I have the sense to realize I can give time and attention to both… and both are the better for it.

I’d never even attempted a remix of someone’s music before, but I really enjoy the subtleties and creative nuances in Minutia, and being part of the process by following your tweets and blog. So when Mingle came about I thought it’d be a great way to not only get involved with an artist whose work I really enjoy, but also to challenge myself.

I chose Breathing Underwater because it has a certain bitter-sweet feel to it – like reaching ahead to something beautiful while still looking to and holding onto something meaningful in the past. I felt like there was a lot of room to play in there, musically.

The first thing I did was assemble the stems, mute everything but the vocal tracks, plug in a MIDI instrument (I think it was a Fitch cello at the beginning), and just let things lead themselves from there.

What’s a question no one’s ever asked you, but that you’ve really wanted to answer?

Spielberg’s on the line – should I tell him you accept?