My real name is Klaas Boltjes, 27 years old, living in The Netherland and working as a chef cook. In the music scene I go by the alias: St-Kaaz. Mostly I produce Jungle and Drum & Bass but also House, Techno and IDM. Been producing and DJing for about 12 years now. 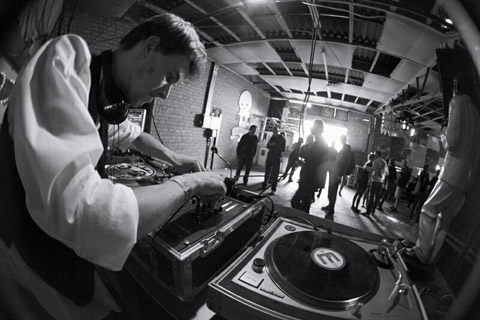 When I was just 8 years old I heard an oldskool tape with recordings of Nina Simone and Dave Brubeck. That left a big impression and I wanted to become a jazz/soul musician. Over the years I discovered I can only play the piano a little bit. So the dream of becoming a jazz musician was shattered. But when I was a teenager I got into contact with jungle, dnb, house and electro. It was love at first hearing. Got me a program called modplug tracker and some samples from a friend of mine and I started experimenting. Not much became of it at first, but after years of practice and discoveries my productions became better. Subfilter (who also did a remix) was the first to drop a track of mine on the internetradio Jungletrain. Other DJs started playing my tracks and everything was set into motion. In 2012 my first release came out on Omni Music, a few months later another and then the Mingle album of Madeleine Bloom. What will the future bring? Let’s find out!

Madeleine’s track Chaos & Order has the perfect bassline, piano and vocals to use in jungle music. With those elements and the classic Amen break I experimented. A few weeks of sampling, composing, re-composing, re-re-composing and much listening the final version was born. Also I tried to get the chaos and order to appear in the music itself. Keeping it steady in the beginning minutes and then going for the chaotic drum patterns. Not to forget a bassline in the lowest of frequencies, my personal favorite. Madeleine’s version is very different from mine although we both used the same elements in a different vibe. That’s what I like most about the album. All the different styles coming together on one album to Mingle.

What is the question you always wanted to answer?

The only thing that comes to mind is this: