Last night it got really late. I only went to bed when light started seeping in and the birds starting singing. Hence I got up late, too. Then I realised that I had to do a couple of things I had put off for quite a while and that seriously needed to be done. Administrative and business things. Very boring! At least they’re off the table now.

I added a couple more small things to ‘Hearts first’, nothing much. I’m not sure if there’s much missing, but I guess I’ll know after including the piano part on thursday night. I’m only gonna prepare the click track for the recording session tomorrow and not waste any more time gauging what the song needs.

This evening an American friend of mine came over with his sister who’s visiting. Since each time he comes to my place he ends up eating here he promised to cook for me. It was absolutely delicious. I reckon we should make a habit out of it. Usually I cook just for myself, for two days and quick recipes for want of saving time. My friend mentioned that he plans to move to Berlin in August. For now he’s here for only a few months to study and otherwise lives in San Diego. I had told him about this instrument called array mbira that I’ve been dreaming about getting and that is only built in San Diego. It’s not exactly cheap and if I had ordered it there’d be shipping, customs and taxes on top of that. He offered to bring one over for me in August and since I have a freelance job coming up pretty soon this dream might actually become true. So excited! 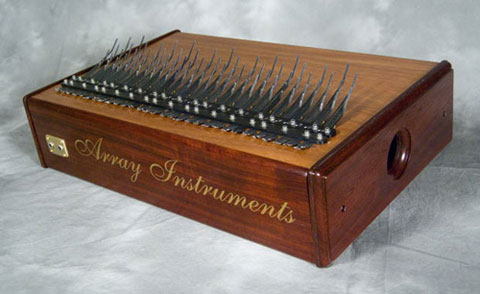 In the Studio, Ramblings