2 weeks since I came back from the Sicily tour. How quickly time flies by. I had to work a lot of hours doing tech support to make up for the time away. I’m also working on new songs and a plan on how to get to tour more. Lots of new things in the pipeline already. Anyway, here’s my overdue post about the first tour.

I took a taxi to the airport as I couldn’t take all my luggage by public transport. At the check-in desk I was told I had 8 kg more luggage than allowed. That made 80€ (yikes) extra one way for bringing my array mbira. Altogether I had 40 kg and my clothes made up the smallest part. Nicoleugenia picked me up from the airport in Catania and so we drove to Palermo. She’s the one who booked the gigs for me and who also made a great tour manager and driver – or handler, as she liked to call it. 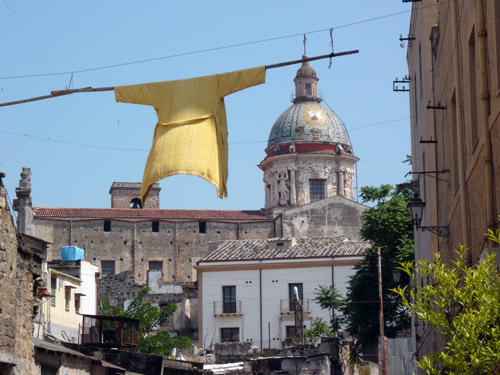 The first gig was the next day. A good thing since I was overtired from getting everything ready. The venue was less than 5 minutes away from the B&B we stayed at, both in Ballarò. The rest of the day we spent wandering around Palermo. An impression through cotton wool for me in my sleep-deprived state. Italians are noisy people with their shouting, vespas and honking. I had brought earplugs and so managed to get a good long sleep. 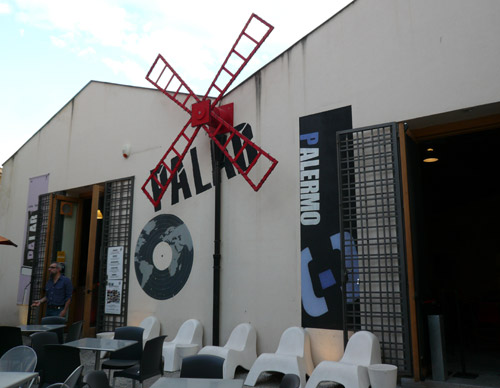 We had a look at the venue PalaB on Friday afternoon before it was time for soundcheck in the evening. I was rather excited about playing there. Then there was only the owner to do the sound and he didn’t know the mixer or what to do. When I tried my headset mic I got feedback. He tried different things, even wanted to give me another one made only for talks. Finally I went behind the mixer and found the gain to be the culprit. Soundcheck done after ages. By then I was extremely nervous again. When I started playing I noticed that the mixer settings didn’t work on my laptop. I had set them up to be recalled for each song with one button press. So I scrambled to get the mixing done on top of all the looping, playing and singing. The audience enjoyed it anyway, but I found it difficult. Grin and bear it and through with it. People came up to me afterwards saying “Complimenti” or “Brava”. Not many Italians speak English actually. The chef even bought my album and was blasting it to the whole neighbourhood the next day. Sweet! 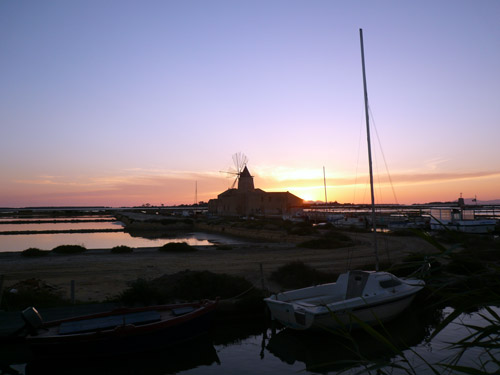 Marsala view while sipping a Mojito

The next concert in Caltagirone was a week later so there was time for taking in Palermo. We also went to Marsala for a day to enjoy the view of the salt pools and windmills. Then it was time to head to Caltagirone where I had to work some hours in the tech support inbox each day and took it slow otherwise. I stayed at the same B&B as in December and it almost felt like home. One with an incredible view.

View over Caltagirone from the B&B 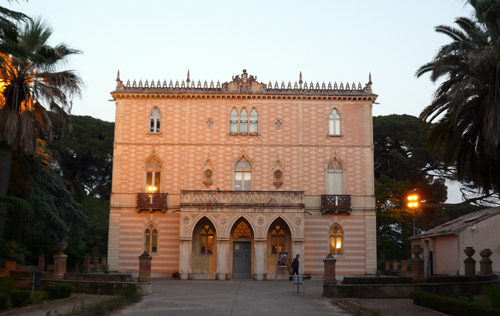 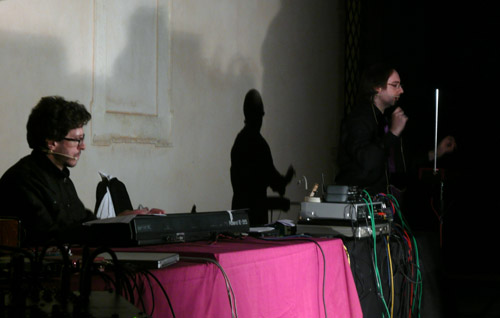 The concert in Caltagirone was open air and it was unusually chilly for the season. We set up behind Villa Patti with plenty of time for soundcheck. This time I was going to have an opening act – Daiquiri Fantomas. I even got to play their Theremin.

The later it got, the chillier and windier it became. Because of the technical issue at my last gig my stage fright was back at its worst. I was ready to sell all my live gear and never do it again. The two guys – Dario and Marco – did a great job with their debut gig while I anxiously awaited my turn. Then it was time for me to start. At first I was still nervous, especially with the wind being picked by my mic in every loop. Luckily it was only loud in my in ear monitoring. The crowd enjoyed it and apart from a few people with kids they stuck it out till the end despite the cold. Daiquiri Fantomas and I even did a little improv together. It made me realise how much I miss jamming with others. 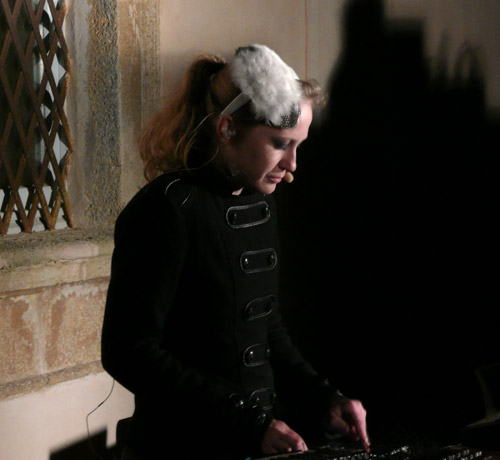 The third and final concert was in Catania at La Lomax, a 45 minutes drive from Caltagirone. This is the place where I was supposed to already play last December. Back then the police shut off the power to find squatters leeching electricity from the streetlights. No power, no gig. I knew that the venue is very nice with helpful and knowledgable sound engineers. When we arrived there was a puppet theatre – pupi in Sicilian – still on. 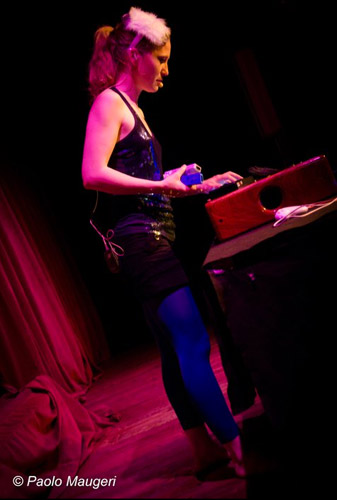 When they were finished they left the whole setup where it was as the stage is big. I loved the soundcheck. I only had to sort out my own setup, everything else they took care of. Subsequently I was hardly nervous about the gig. I even had a backstage area that I could hang out in and prepare. The concert went really well and I thoroughly enjoyed it. In fact, it was so much fun I just wanted to keep touring. Play every night.

Not yet, but hopefully soon. I’ve got a plan and am working out the details at the moment. More on that in a few weeks.